What is the best way to deal with a friend who has been complaining about their girlfriend for years, saying the same things over and over and just sounding like a harsh jerk?


How cougar is cougar?

It depends on your age.
If the younger person is under 25, I'd say around 8-10 years would officially be a cougar or chicken hawk situation.
If the younger person is over 25, you can boost that up to between 10 & 15 years.
Coug on.
BUT
Don't date anyone you've been in a mentorship role with. That's called grooming and it's inappropriate, Mary Kay Letourneau territory.

How do you cope with an obsessive worry about impending nuclear drift?

I have a couple of websites for you to look at.
This one is from the Radiation Network, an independent group measuring radiation around the U.S. .
The second is Oregon's webpage listing current hazards.
Oregon doesn't want their citizens to perish or look like Blinky the fish. Trust in them!

If it's still bugging you,
Have some miso soup with kombu, sprinkle some nori on your rice, and take a hot bath.
Go for a run or a bike ride to get it out of your head and know that you've done all you can.
In fact, why not take some of that nervous energy and transform it into something useful by wildly donating to the many Earthquake Relief organizations serving those most affected by the devastation in Japan.

P.S.
Maybe a radiation preparedness kit would help sooth your mind. Then you'd know that no matter what happens, you can casually throw on your gas mask, choke down some Iodide, and start driving East, confident that you've escaped the rays.

A mostly straight girl and I have exchanged interest in dating and over a month and a half have developed an intimate friendship.. not physical though. I asked her out again and she sounds super ambiguous about it still.
Part of me wants to call it quits all togeths but don't know if i risk the chance of losing our friendship. I'm conflicted. Am I kidding myself by thinking I have a chance or am I being strung along?

I borrow from a sometimes-wise friend when I say:
Anything that's not a Yes is a No.

Don't try to get into her head or guess about how much she likes you. If she's being ambiguous, then she's not ready.

She's not into you ENOUGH to dash to the head of the line and put in her application.

So move her into the "No" pile and move on.
Keep the friendship light. Lite even.
But don't waste your romantic vibes on a trifling fool. 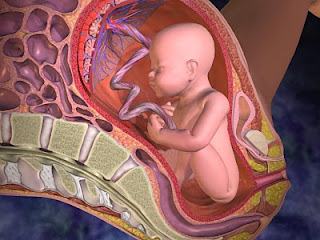 Advice Needed:
If a friend of a friend gives you a placenta from a recent birth so your food club can eat it, do you remain in semi regular contact with her? Xmas cards? Keep up with the baby? What is the protocol?

You are under no obligation to keep in regular contact, BUT a thank you card is required. A small gift for the baby or some flowers would also be a kind way to show your thanks for the gift of her organ meat.

I need some advice...because someone wants on with my girlfriend! The 'someone' is a friend of a very good friend, so it's not really possible to avoid her completely. My g.f. and I are in a monogamous relationship, and I don't really have a problem with how she has reacted to this situation, though I don't really understand the whole "trying to out-butch each other" thing that she and 'someone' do. My girlfriend says she doesn't like this 'someone' either, but is still friendly when we see her (as am I - it's the Midwest in me).

So this 'someone' (who has a girlfriend, btw) does all the classic B.S. - ignoring me, being way too interested in my girlfriend, doing her favors, etc. She's also got that playa playa charisma - she can talk anyone into anything. It makes me feel insanely jealous and threatened when we are around 'someone' and feel like crap for days afterwards. I also know that I have trust and self-esteem issues and this situation is aggravating them. I don't know if I should say something to 'someone', or talk to my girlfriend more about it, or maybe say something to the mutual friend?

I feel like I could use some psychic armor to wear around this 'someone' too - any recommendations?

Thanks!
-Irritated in Irvington

Well there is NOTHING worse than a would-be homewrecker.

Look, Portland lezzies, there are plenty of dykes in the sea. Start flippin over rocks and licking toads like the rest of us did to find our dates.
You need not tread on the monogamous!

With that said, Irvington, your psychic armor is this phrase: What Will Be Will Be, and if my girlfriend can be lured away by a philandering snake oil salesman, then I'm better off without her.
Fatalistic? Perhaps, but you'll be fine either way.

Anyway, In a tragic twist of fate, the worse you feel about this and the more you pester your girlfriend, the less attractive you will seem. Unfair but true.

It would be helpful for you to set up some boundaries together.
If your girlfriend agrees and can adhere to some boundaries within your relationship, that's all you can ask for.
If your girlfriend complies and you're STILL trippin', then you need to take a chill pill or go see a therapist on your own so you do not project all of this energy onto her.

Here are my suggestions of boundaries to make clear before moving on:

1. How much they're going to hang out

In my monoga-prude perspective, if someone's trying to get with your man, then your man need not hang out with that person alone.
I'm not saying they shouldn't be pals - You WANT your person to have friends, but one on one is too intimate and date-y to me.
It seems a little QUEER to me.

Your girlfriend needs to understand that these favors are not from some Good Samaritan trying to spread joy into the world, and the more favors she accepts from this person, the more she's feeding their boner fire.
So,
a gentle non acceptance of favors isn't going to kill anyone.

Example: "Oh, you know what- I found someone to help me move. Thank you so much for offering, though... bro. "

Instead of:
"Wow, thanks for helping me move AND unpacking my stuff AND offering to try out my new bed for me! That is so awesome of you! You know what? I WOULD like a massage, after all. You wouldn't mind? Oh, that's great, that's greeeaattttttt......."

NOTE: These boundaries or interactions need to come from the mouth of your girlfriend to the ears of the dunce who is courting her.
You shall be elsewhere, enjoying your life independently as your girlfriend fields all questions, calls and come ons.

(If all else fails, there's a great song called
"Hit That Bitch With A Bottle" that I like. Maybe you can listen to that on repeat as you hit a punching bag or try out kick boxing, so that you don't engage in any actual girl on girl violence. OR... just hit that bitch with a bottle. )

Posted by Ask Nicole at 9:39 PM No comments: