In which I advocate Roofies, the E-Room, & mixing cocktails with pills 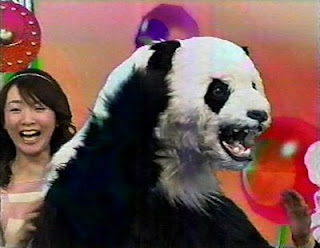 Originally I was prepared to say "Stop! You'll never be able to work out again!" , but then i thought "Sure." It seems like personal trainers are probably good at having sex.
So... why not.

How would you suggest that a single lez, say about 30 years old with an admirable rack and large, tacky earring collection, go about establishing a newer, sluttier, care free dating life? How would this 30something let the tomboys about town know that she's interested in: a) lots of easy sex b) some fun, windblown, low maintenance hangouts without douchey game playing c) whatever may develop, as long as it's not super emo -- short of putting a sex ad on craigslist (which is a respectable choice, but seems like it may be a little unhygenic)? Wait. Is this even possible? Does this Dykey Dreamland exist?

This lez in question is not interested in being false or unauthentic with anyone (she's NOT emotionally unavailable, paralyzed nor bankrupt), AND would like to put out some honest to goodness "fuck me early and often" vibes.

What do you think, Oh Wisened One?

Why does every question i receive have to do with making friends or getting laid? I have answered the same question about six times and i am running out of material here.
Leave the house. Get a good haircut. Tell people you're available. Ta da.
Now quit asking until you've followed that advice and seen where it led you.

But you, Mrs. McWouldLiketoGetLaiderton, are a very special person, and so i offer my advice on Making Friends/Getting Laid for the last time.

First of all:
It's time to get out the old Town Whore bell. "Clang Clang!" , you say "Open for business!".

Secondly,
I have a couple of different pieces of contradictory laid-getting advice. It's like a Choose Your Own Adventure.

1. Declare your celibacy.
Everyone likes a challenge. Don't be a cad about it, but tell people that you are choosing to remain celibate for a while, perhaps to "re evaluate your priorities".
Something that makes you sound wholesome , maybe wise, but not frigid.
If somebody's been on the fence about boning you, hearing that you are trying to get out of the race will immediately spark their interest and will make them want to coerce you into rejoining our party.
You have to be tricky with this one. Play it just virginal enough so that they don't know you've been lying, but not so virginal that they actually give up trying to roofie you.
Good luck!

2. Make it Rain.
When it rains, it pours. Correct?
I have found that i will have dry spells in which i look up at the sky and say "Why must i die alone?", followed by moments where there are too many people knocking down my door at the same time. Never is there a steady trickle, it is either one or the other.
So. what you need to do is turn the hose on, set it up over a tree limb, and make your own rain.
You can do this by lowering your standards (Momentarily!) and doing it with someone just because you know you can and just because you want to have sex.
Of course, of course, be mindful of their feelings, etc. But isn't there somebody lurking in the shadows, maybe someone vaguely seedy, who has been sweating you this whole time? Or, do you live within walking distance of the E-Room?
If so, go there right now. Get wasted. Pick up somebody who looks a lot better in dim light than they do in the day, and take them home.
Just have sex.
This will once again ignite the mysterious vibes or pheromones that exist within you that say "Come To Me."
People will sense this and they will , in turn, come to you.
and/or
This will momentarily quell your crazy desperate "fuck me or i will die" vibe and will give you a brief air of indifference, which will , in turn, come off as "come to me (because i'm not coming to you) ".

I swear one of these methods has got to work.
And if they don't...
try craigslist! somebody's got to try it! Wear sunglasses or keep the room dark or have some vicodin with a cocktail and make out with a stranger from the internet.
Then tell me how it went.

Dear Nicole,
what the hell is wrong with Portland's queer scene these days?
- Curious on Couch Street

Dear Curious,
Good question... sort of.
In a nutshell, here is what is wrong with Portland's queer scene:

1. It is racially homogenous,
2. there isn't enough chivalry,
and
3. sometimes the femmes get scarcity issues (and then things get ugly)

p.s. After a moment of thought:

Well... i don't know if anything is wrong with Portland's queer scene THESE days that wasn't wrong with it in THOSE days.

Having come from the vast desert that is Kansas, and having lived near the wasteland they call Chico, California,
I have greatly enjoyed marinating in the scene that is Portland Queerdom.
Even the most annoying people here, I look at them and think how glad i am that they exist. Even though they might bug the shit out of me.
I'm glad there is space for them here, and sometimes, even space enough for them to be "cool".
Whereas in a Kansas suburb someone would just be an homely girl, in Portland they are magically transformed into a handsome gentleman or busted-hot lady.
We have such an abundance here, we can choose between queer nights and gay dance parties and see homos every night of the week!
We hold hands wherever we want, and sometimes after a big party you'll find latex gloves in the bushes. I kid you not.
I say, embrace it, appreciate, and then work on the things i listed above in my first answer.

I have been "talking to" this girl that i met through a friend of a
friend. Initially we started talking via myspace, which progressed
into daily texting and phone calls late into the night. I crafted her
a heartfelt mix cd which i...mailed to her. See Nicole, the thing is,
that there is a bit of a barrier between us. A physical one. I am
stuck outside of the Los Angeles area, and she resides in the bay
area. I never really met anyone from online before, but she makes me
laugh and is cooler than anyone I ever met down here. Call me a
pessimist, but we don't really have a future together because of the
distance. Should we even bother investing time in making visits to
each other? If so, what's the appropriate visiting timeline?

Dear Reluctant,
Ahhh, long-distance online dating.
As i've said before: Imagine the most annoying person you know. Now remember that even that person could make themself look palatable on the internet.
Really, truly.
BUT, of course you are In Like with this person and you are not comparing them to the most annoying person you know, SO... go visit them!
It's not all for nothing.
When you visit them, gather information. Do you like their friends? Are they people you would choose to hang out with if you lived in that city?
Do you like the things they do with their time? Do they whine a lot?
Do they treat you nice? Are they locked into their life and their city? and.... Are you locked into your life and your city?
Have a nice visit, but seriously take off your blinders for a minute and soak it up realistically , because it is going to cost a lot of money and take a lot of effort for this to keep going, and if this girl is only so/so in person, then you're just as well off scouting somebody in your own neck of the woods.

I cannot stress enough that this person had better blow every girl in your own town out of the water, because if all goes well,
One of you will have to move . Who's it going to be?
THAT is a serious maneuver. More serious, perhaps , than moving in together.
And i never, ever advise moving in together, unless you are ready for (as Dr. Laura said today):
"A ring, flowers, and rice thrown in your face."
The end.

Ok, so I've had a year-long epic romance with a friend of mine. We've confessed we liked each other and have been intimate more than four times....each time we have been pretty tipsy. Every time after she gets "scared" and blows me off by not calling or texting me for days after. Every time after, I tell myself that I won't allow myself to fall for it again. Her reasoning, or excuse rather is that she can't have a relationship because she's not out to her parents. I understand that coming out is a long, hard process but I don't think it warrants the disrespect I've been given. Ugh, Am I setting myself for heartache, and should I give up? The thing is, we've been friends for so long. Can I at least salvage a friendship or is it time to throw in the towel?


Thanks,
Disrespected in Detroit

How does this qualify as an "epic romance" if you've only gone as far as confessing "Like"?
Not even, "care" "adore" or "love"?
Forget it.
Yes you are setting yourself up for heartache.
You can still be friends, but only if you:
Have some self respect,
make some boundaries, and
tell this little tramp to keep her hands off of you when she's drunk and horny!
You deserve a lot better than this.
She should be thanking her lucky stars that she got to bed you down whilst drunk, and should exude at LEAST good manners after such an affair.
Just think: your soul mate wouldn't treat you this way.
It's a fact.
Good luck!

p.s. Don't get bent out of shape that i just called your best friend a Tramp.
I'm just trying to be on your side. Whatever, she can call me a tramp, it's fine. But at least i'm not a jerk!

MySpace profile do's and don'ts would be an enlightening addendum to the question about how to get casually laid.

Wise beyond your years as ever, Georges.